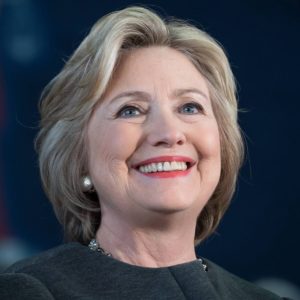 What concerns me most about Hillary Clinton’s speech is I what I didn’t hear.

I heard no mention of unions. Public sector or private. How strange. The omission suggests one of the traditional pillars of the Democratic Party, labor, is no longer even worthy of mention.

When Barack Obama was elected, he went to Washington promising to press for the union “check-off” provision that would have made it easier (and safer) for working men and women to vote for union representation. He gave up on the idea when he ahd the chance to save another priority, health care.

I heard no mention of traditional public schools. Oh, sure, there was talk about schools and even a nice story about a kind first grade teacher.  But public schools throughout the nation are under siege by so-called “reformers”–supported by Clinton– who want to privatize education, turn it into a profit-making industry. Clinton missed a chance to bring many Sanders’s supporters to her side.

Of course, the assault on public education is part of the assault on public sector unions. Democrats for Education Reform (DFER), led by Newark’s own Shavar Jeffries, has called teacher unions the “dam” that must be “burst” in order to improve public education.  Isn’t it strange that both the N EA and the AFT rushed to endorse Clinton before the primaries? Why do I hear the old union refrain, “Which side are you on, boys (girls?)…which side are you on?”

I heard no mention of standardized testing. Or Common Core.  Does Clinton endorse the infamous words of former US Education Secretary Arne Duncan that parents are opposed to punitive testing because they will learn their children aren’t as smart as they thought they were?

I heard no mention of PARCC or Pearson. We’re all supposed to get into an uproar about the hacking of the Democratic National Committee’s computers, but no one at the top of the Democratic leadership is complaining about cyber-spying on our children while they are taking tests that provide profits to testing companies from public tax money.

I heard no mention of racial isolation. Without racial segregation enforced by housing laws—a segregation now as bad as it ever was, especially in major cities—the desperate problems in the streets would not be so tragic. Schools would not be such instruments of  American apartheid. Violence could be countered.

I heard no mention of  crackdowns on Wall Street excesses. Including limits on bonuses and reinstatement of the protections of Glass-Stegall. Oh, sure I know Clinton said Wall Street would no longer be allowed to wreck Main Street again, but she said nothing that would upset her friends in Lower Manhattan–who paid no price for the pain of millions who suffered from their excesses in the 2007-2010 recession.

I heard no mention of street violence as a public health problem.  Yes, Clinton talked about guns, but what is needed is a recognition that gun violence is not simply a matter of isolated mass shootings, but an every day occurrence in places like Newark. Where are the federal prosecutors who will stop the interstate trafficking in firearms?

I heard no mention of Palestine. Or the two-state solution. Festering behind the worst excesses of ISIS and other jihadist groups is the inability of the United States to act as honest broker in bringing peace to the Middle East. Clinton offered one line about guaranteeing the security of Bibi Netanyahu’s fortress Israel—without mentioning that the best guarantee of security to Israel (and us)  is a resolution of the underlying, 70-year-old  crisis.

So much more I wish I had heard Thursday night but didn’t. 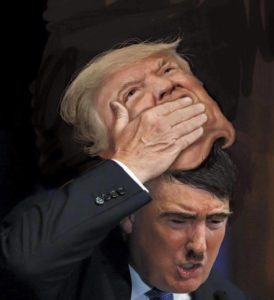 Oh, yes, I know the alternative. I can hear the obvious questions. Do you really want Donald Trump to win?

Oh, my, what a revoltin’ development this is (sorry, “Life of Riley”). Vote for someone whose policies I can’t accept or be part of the madness that could bring Donald Trump into the White House.

Turns out the most important issue of this election is the collapse of democratic choice. Primaries, designed to enhance political options, have instead limited them to the moneyed and the powerful and the demagogic.

The response should be a reform of the system. But the failure to reform has done the inevitable—it has brought on calls for revolutionary change. The Democratic Party beat back the assault from the left, but the Republican Party was overtaken by a pro-authoritarian coup on the right.

Fear of Donald Trump is really not a good reason to vote for his opponent, yet I am forced to hope it is barely a good enough reason to bring out anti-Trump voters in November.

I have my doubts. And that is so frightening.