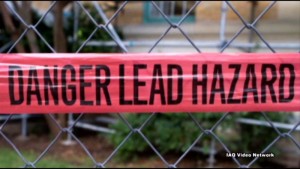 UPDATE: Parents and staff members  throughout Newark received “robo-calls” Monday night about new contaminated sites.  More than 12 hours later, the NPS administration  admits it was all a “software” mistake. But, as reader Lori Silva Costa points out, because the call “correcting” the previous call was sent to ALL parents at ALL schools, the information was still mistaken for the 17,000 students actually affected. The district is obviously incompetently led by a fool and is running off the rails. Time for Christopher Cerf and his band of happy clueless to leave.

The lead contamination crisis in New Jersey’s largest school district took a bizarre twist last night when parents and staff members from schools throughout Newark received “robo-calls” telling them dangerous levels of lead were found in their children’s schools.

The automated calls went to parents and staff members who, less than two weeks ago, received reassuring letters from Christopher Cerf, the state-appointed school superintendent, telling them their schools were not among the 30 found with unacceptable levels of lead in their water outlets. The calls that went out Monday night, however, contradicted that–although Cerf texted a message  saying the list had not changed.

“First I am told my child is safe and now, tonight, I get a call I cannot respond to telling me there’s a problem in the water,” said one parent of a child at Science Park High School. “What am I supposed to believe?”

“Is this a mistake?” asked one teacher who is pregnant and was glad last week to learn her school was not among the 30 listed last week–but is now. “Now I don’t know. What will happen to my baby?”

What aggravated the anxieties of parents and staff–and many staff members are also parents of Newark school children–was the inability to confirm the accuracy of the calls. Some parents thought it was a mistake. Schools in Newark are on spring break and school-based officials are not at their posts.

Although school headquarters at 2 Cedar Street is open this week, the automated calls did not begin ringing until after 5 pm when the offices are closed.

This site attempted to reach Dreena Whitfield, the former Cory Booker aide who now works as Cerf’s spokeswoman, to find out whether–as some parents and employees have suggested to this site–the “robo-calls” were mistaken or misdirected. She did not respond to an email message.

Parents also were angered by information on the call that spoke of testing for children that would be conducted over the next three days, all within the district’s Easter break.

“It’s very difficult to get any information,” said one parent. “Cerf seems to have  deliberately tried to confuse parents.”

The lead contamination crisis has rattled Cerf, who was state education commissioner before becoming the state-appointed schools chief. He has issued contradictory information and appears to be contending that the crisis began long before either he or his appointee, former state-appointed superintendent Cami Anderson, took office in the city.

The controversy also has strained the relationship between Cerf and Newark Mayor Ras Baraka. Baraka at first praised Cerf’s handling of the crisis, then stepped away from that support when it became apparent the district hid contamination data dating back to 2012.