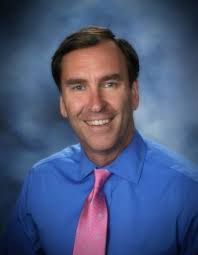 Some might believe the relentless testing regime plaguing public schools—but not the most prestigious private schools—will improve learning. Others have endorsed testing as a way of attacking veteran teachers who, of course, are frequently  blamed for failure but far less often credited with success.  Then there is a group—who knows the size?—who view testing as a kind of philosophical sorting out process, all but divinely mandated, that separates the saved from the doomed.  One of these, the superintendent of a major New Jersey school district, wrote these bizarre words in a note to his staff:

“I desperately hope my children are bullied at least once a year through their K-12 experience.”

The writer is Gerard Jellig, the superintendent of the South Brunswick schools.

This site afforded Jellig repeated opportunities to explain, not just his wish that his own children be bullied, but also the entirety of a note that, while clearly odd, probably goes a long way to explain the bureaucratic machismo behind a testing regime that, among other things, allows for children to be bullied by administrators and spied upon by foreign corporations using Twitter, Facebook, Instagram, and other social media.

Jellig, however, refused to respond—despite his proclivity to engage students in Twitter dialogues, a habit he forbids teachers to embrace.

His wish that his own children—and he has children—are bullied is simply the outer fringe of a manic educator’s belief in the inherent rightness of anything done in the name of education “reform,” a word stolen from plain language and now used to justify the strangest of policies. Bullying fits the context that standardized testing—which always implies failure—is part of a cosmic judgment on the lives of children and their teachers.

He begins his note by conceding the PARCC tests are difficult—“not for the faint of heart” he says, not terribly originally.  But, so what?

Jellig, a former Army ranger and private school headmaster, is clearly on a roll now as he writes his note to staff. One can imagine his keystrokes becoming more frenetic as the spirit of a world of constant testing inflames his imagination.

Read and contemplate what follows:

“I often tell the BOE that the moment at which we stop seeing HIB transgressions is the moment we’ll know we’ve stopped teaching and stopped demanding. The moment our suspension rate hits 0 is the moment we stopped having a standard of decency. And the moment we stop assigning failing grades is the moment we stop having high expectations for our children. I want for our 9000 children, as well as my own, many opportunities to fall short, engage in a teachable moment with faculty/staff, reflect, and build towards something better. I desperately hope my children are bullied at least once a year through their K-1.2 experience, fail a few tests, and like their fallen father, sneak a Genesee Cream Ale under the basement steps in high school.” (Emphasis added).

Failing children is a legitimate goal of education?

The elimination of harassment, intimidation and bullying (HIB) is a bad thing?

Having your own children bullied once a year is a good thing? No—not just a good thing, but something “desperately” to be hoped for? Has he ever heard of the name Tyler Clemente?

I wish Jellig had accepted my opportunity to explain what in the name of all that’s decent he meant by these words. I still hope he will respond now, weeks after I offered him the opportunity.

I’d also like to believe Jellig is an outlier—but I don’t. Given the number and prominence of those who defended indefensible corporate spying on children, I have little hope that the future of education belongs to those who work against failure and do, in fact, try to prevent bullying, intimidation, harassment—and underage drinking.