Are Bill Baroni and Bridget Anne Kelly–the codefendants in the Bridgegate trial–guilty? You bet they are.

A simmering, closed-door legal argument over the judge’s charge  in the Bridgegate trial this morning led to an abrupt and mysterious cancellation of the session that was supposed to see defense attorneys present their closing arguments. After federal Judge Susan D. Wigenton sent the jurors home–with no explanation beyond that a “legal issue” had come up–lawyers for both sides were uncharacteristically closed-lipped about the reason.

Testimony in the  Bridgegate trial ended Wednesday with lies, tears–and the certainty justice will not be served. Justice won’t be served because not everyone responsible for the prankish but perilous shut-down of the George Washington Bridge three years ago will be held accountable by this and any other forum.

Bridgegate co-defendant Bridget Kelly survived her first full day of cross-examination without falling into a ditch of contradictions–but slowly grinding questioning from Assistant US Attorney Vikas Khanna wore thin spots in her defense. Could everything she did and wrote be excused by her fear of Gov. Chris Christie, her misplaced trust in political con-man David Wildstein, and her vision of herself as a vulnerable and minor player who nonetheless held a job that gave her direct access to the most powerful politicians in New Jersey? 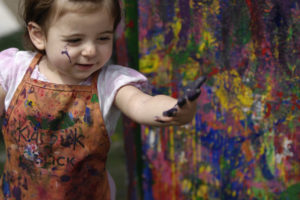 Municipal candidates usually claim to be cost effective with a sharp eye and pencil on the local budget.    Some may even duck and refer to the community’s education budget.

The prosecution’s case in the Bridgegate trial has been living with a possibly fatal flaw for weeks–and, on Friday, that flaw threatened both the chances for convicting at least one defendant and also the credibility of the two-year federal investigation into the closing of entrance lanes at the George Washington Bridge in September, 2013. It has to do with an oddly worded email:

Attorneys for Bridgegate defendant Bill Baroni rested Wednesday–and the case for the defense seemed to fall with a crash at the feet of the jury. Instead of the defense ending on a high note of chipper character witnesses or rebutting damaging cross examination, Baroni wandered  into a testimonial trap about a non-existent school in Jersey City.

Bridgegate trial defendant Bill Baroni’s efforts to portray himself as an honest, compassionate and politically independent–if, at times, conflicted– public servant vanished in a mist of embarrassment Tuesday as a federal prosecutor shredded Baroni’s self-serving version of the decision to create massive traffic jams at the George Washington Bridge  in September, 2013. And gone, too, is any doubt over whether Gov. Chris Christie was involved in whatever his lemmings were doing at the bistate agency.

Bill Baroni, literally fighting for his freedom and trying to save his future, set himself an all but impossible task in federal court: Trying to portray himself as just an honest bureaucrat innocently working in an atmosphere of corruption and cronyism and deception that, under Gov. Chris Christie, had turned the Port Authority of New York and New Jersey into a political brothel. The words he repeated again and again  to assert his innocence–“David Wildstein said it and I believed him”–simply won’t provide him with the cover, or redemption, he seeks.